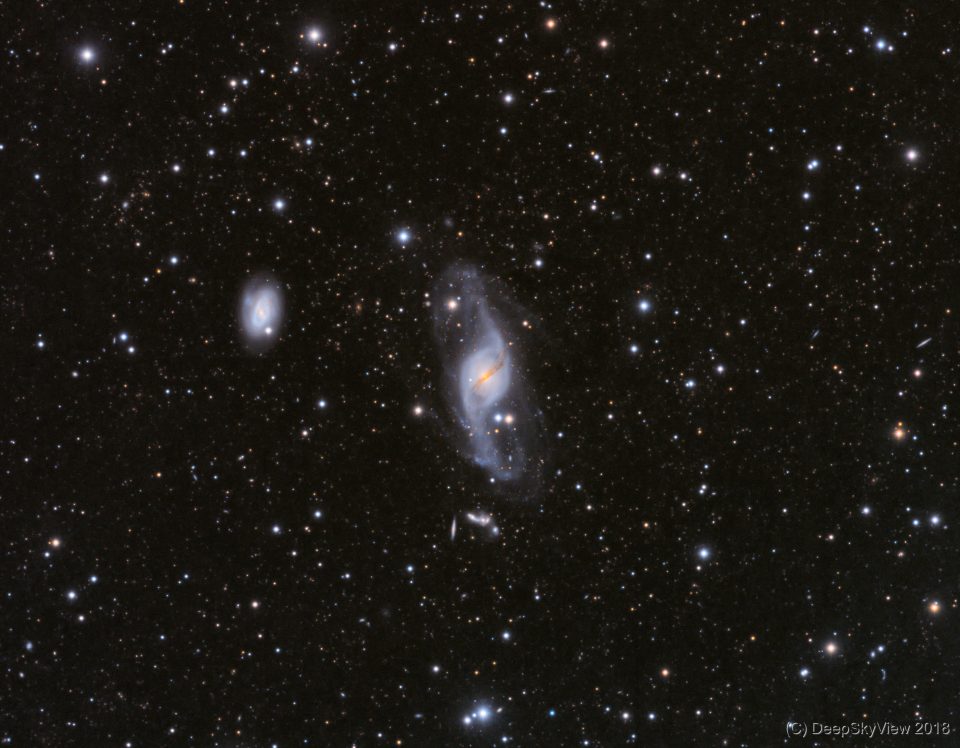 This is NGC 3718, a twisted spiral galaxy with dust lanes obscuring its yellowish central regions. Only 150000 light-years to the left is another large spiral galaxy, NGC 3729. The two are likely interacting gravitationally, accounting for the peculiar appearance of NGC 3718. While this galaxy pair lies about 52 million light-years away, the Hickson Group 56 can also be seen clustered below NGC 3718. Hickson Group 56 consists of five interacting galaxies and lies over 400 million light-years away.

This is a straight LRGB image taken with the Astro-Physics RH-305 at Deep Sky West.