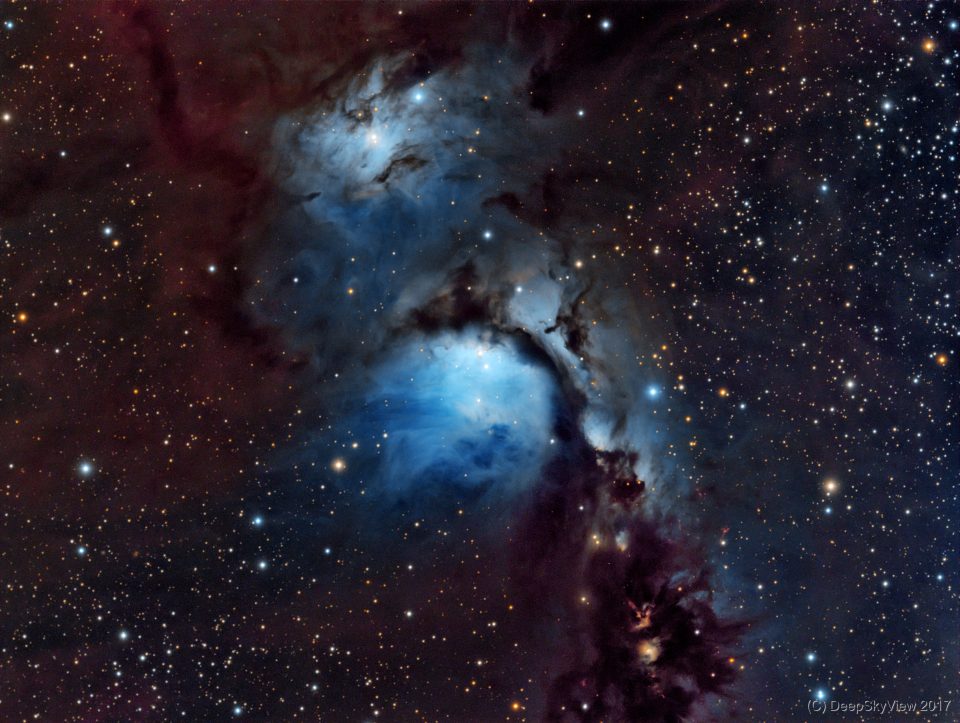 The constellation of Orion is a treasure-trove of deep-sky nebulosity, not only the famous emission nebulae, but also interstellar dust clouds. This is one of them, M78 or NGC2068, an impressive blue reflection nebula about 1500 light-years away and 5 light-years across in the center of the image. The blue nebulosity in the upper part of the image is known as NGC2071. The whole scenery gets its dramatic touch by streaks of dark clouds cutting through the blue. Surrounding everything is the eerie dark-red glow resulting from hydrogen emission.

A particular treasure is McNeil’s Nebula, a small blue and yellow speck in the dark lane just below M78. This small reflection nebula is illuminated by a single pre-main sequence star and was discovered by the amateur astronomer Jay McNeil in January 2004 with a 3-inch refractor from a suburban backyard. To capture an eruption of a new-born star so early in its evolution is an extremely rare occurrence. It is highly variable and was not observed after 2004 until 2008. Right now it seems to be very bright again!

This image is an LRGB composite uses 20 hours of data captured at the Deep Sky West Observatory.